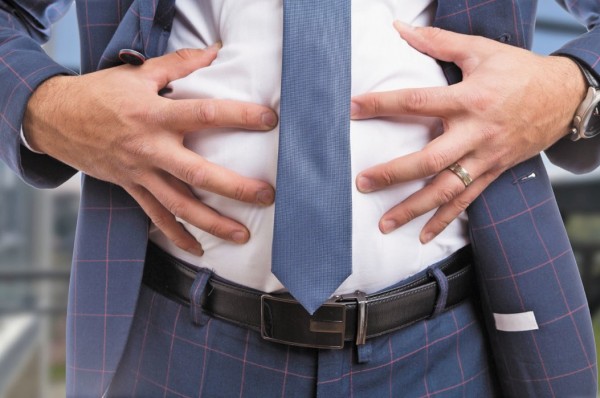 Bloating is one of the most current affections of population in general.
It is commonly known that certain foods, such as beans and pulses produce gas. But there are many other foods that can make you bloated too.
How does bloating appear and how can we prevent it?

In general, intestinal gas is released by bacteria that lives in our intestine when decomposing the food that they digest, if there has been a bacterial overgrowth and the food has gotten stuck in the intestine during enough time to ferment or putrefy.

Given the current meal habitudes, one bowel movement a day is not enough. With the amount of food we ingest usually, three or four meals a day, we would need to have several daily bowel movements. But once a day, or even less, seems to be the norm. This fact makes it so that large amounts of waste stagnates in the intestine, with the consequent fermentation or putrefaction, causing the bloating.

Bacterial overgrowth is produced due to the important food supply they enjoy. They are fed by the matter that our body cannot digest, if we give them enough time. There are many different reasons why we cannot digest a certain food: it may be indigestible, or there is a food intolerance, or we have gone beyond our digestion capacity because of an excess of the amount; or we were submitted to stress or some kind of distress; or in general, in that moment the situation of our body was not suitable in order to digest that food. When fed, bacteria thrives in our intestine and releases gas in their metabolism, as well as toxins.

Face to this problem, there are mainly two options:

1) Taking antibiotics and/or antifungals and/or treatments such as colon hydrotherapy, in order to remove all these bacteria and/or fungi off of our intestine. This option tends to work in the short term, but it is not sustainable in the long term because if the same nutrition is unchanged, bacteria is still feeding. The same phenomena occurs with ants in fields; they come again even after killing them if there are still leftovers remaining on the floor.
Another issue is that these kind of medicines or treatments cannot be taken or followed forever, even if they are very natural or food (such as spices, garlic, herbs, etc.)

2) Changing the nutrition and/or life style in a way that we only nourish our body but not the bad bacteria. We must identify the reason of the slow intestinal transit and of the defective digestion.

In order to improve the intestinal movements, food that slows down and blocks the passage of quicker food must be avoided.

Fruits are digested much faster than other foods. Meat and fish can take up to three days to pass through the digestive system, while fruits do so in 12 to 24 hours. Consumption of meat can thus block the passage of fruit through the intestines. Starches and fats are likewise problematic, taking longer to digest than fruit. Imagine your digestive system as a road. On the road, there is a truck blocking the cars and they can’t pass. The cars honk, the noise annoys the neighbours, who blame the cars. But the real culprit for the noise is the truck blocking the road. The cars represent fruit, and the truck represents meat, fish, starch and fats.

When fruit is blocked in the digestive tract, it ferments, producing toxins and toxic gases which causes bloating. Unfortunately, many doctors and nutritionists diagnose this as SIBO (Small Intestine Bacterial Overgrowth) or as a fructose intolerance and recommend a FODMAP diet, which bans most fruits and vegetables. But fruits and vegetables are not the source of the problem.

Before I stopped eating animal protein, these vegetables left me bloated, with stomach aches and intestinal problems. After some time, I began following the FODMAP diet (Fermentable Oligo-, Di-, Mono-saccharides And Polyols), avoiding fructan-containing vegetables, as well as most fruits. In reality, the problem was not these healthy food, but rather the animal protein, which provoked an intolerance to fructans and fructose, by inducing a small intestine bacterial overgrowth (SIBO), blocking or delaying the passage of fruits and vegetables through the intestines. The moment I changed to a diet of only fruits and vegetables, these problems I had associated with FODMAP intolerance disappeared.

In cases where a FODMAP diet is needed, instead of removing fruits and vegetables from the diet, it would be better to avoid animal protein and all other foods that slow down bowel transit, such as grains, especially cereals with gluten and refined cereals.

Lactose of dairy products may also be a problem for most people, mainly in adults, due to the lack of lactase. Since the moment of weaning, the production of this enzyme decreases progressively, until it disappears.

Legumes contain oligosaccharides that are indigestible.

There are a long list of conditions to take into account in order to have good digestion that are also good to know: avoid excess amounts, don’t eat too quickly and chew throughly, be careful with food combining, etc. Having water negatively impacts digestion, although most meals need water because of the food being dry such as meat, fish, potatoes, grains, legumes and nuts. In this article  I mention several important aspects in order to get a good digestion.

Overall, the key to avoid bloating is to keep a healthy intestinal transit.