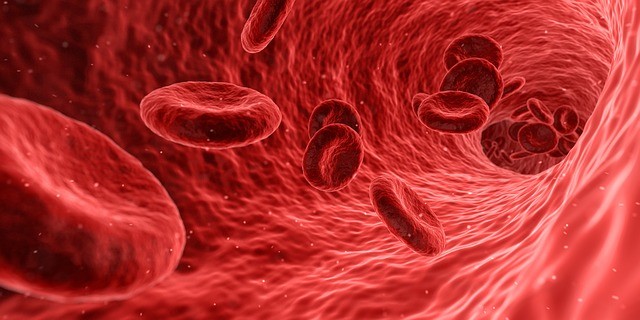 The low iron rate in blood is associated with anaemia, and it is mainly physically shown as weakness and fatigue. To face this problem, doctors recommend that the affected people get supplements in iron, usually by injection.
Another solution that people try is to increase their daily intake of iron contained in their meals. However, this generally doesn’t solve the problem.
Are there any other solution? Where does this low iron level comes from?

In the last few years the number of people with low iron count has blown up, mainly in women. We must take into account the fact that reference values in blood tests are changed by the laboratories over the years and this can start an “epidemic” of certain kinds of health problems. But assuming that the real problem is a lack of iron, there are some possible causes.

The first issue that comes to the mind is the ingestion of enough iron in our meals. We tend to think that we don’t take enough iron in our food, so we search for good sources of iron. Here are some examples of where iron can be found and it’s positive and negative impacts:

1) Spinach:
Spinach is very rich in iron. The problem is that it also contains oxalic acid, that impairs the absorption of iron. So this big amount of iron doesn’t reach the blood, but it is flushed away with the oxalates.

2) Liver:
The problem with liver is that it is the detoxification organ of animals, so it is loaded with toxins, heavy metals, and all kind of toxic substances.

3) Shellfish and fish:
Seafood, in general, is very polluted with heavy metals.

4) Legumes, mainly lentils and soy:
The inconvenience of legumes and pulses is that they are quite indigestible and cause bloating for most people.
Soy contains high amounts of goitrogens, that disrupt the function of the thyroid. Some studies show that soy is also linked to breast cancer, early puberty and early dementia.

5) Red meat:
Red meat may be a good source of iron if you are not vegetarian. High red meat intake has been linked to several health issues, mainly cardiovascular, and also cancer.

But the amount of iron that is ingested in our food isn’t the origin of the low level of iron in most cases.  People regularly eat red meat or legumes or other food that contain enough iron to fill the need. The main problem is not the lack in daily intake of iron, but the absorption of this iron.

A poor iron absorption can also be due to damaged intestinal villi. These  finger-like projections are the ones responsible for the absorption of the digested nutrients from the intestine to the blood. When their function is impaired, their task cannot be well performed. An example of this is the case of celiac disease, an auto-immune disease caused by a strong gluten intolerance. But villous atrophy can have other origins, such as parasites, some medications that suppress the immune system, some antibiotics and some anti-inflammatories; radiation, Crohn’s disease, lymphoma and AIDS, to name a few.

B12 deficiency is mainly caused by an unhealthy gut flora. Even though the intake of B12 is correct, this B12 that is present in the food must be transformed to methyl B12 in order to be available to the body. The responsible of this transformation is the good bacteria in our intestine. But if we have a bad gut flora then the process of methylation of B12 can not be performed, and it results in B12 deficiency.

Another possible cause of iron deficiency is the overgrowth of iron lover bacteria in the intestine. Dr Natasha Campbell-McBride explains in her book Gut and Psychology Syndrome: “ Most people with abnormal gut flora have various stages of anaemia. It is not surprising. They not only can’t absorb essential-for-blood vitamins and minerals from food, but their own production of these vitamins is damaged. On top of that, people with damaged gut flora often have a particular group of pathogenic bacteria growing in their gut, which are iron-loving bacteria (…). They consume whatever from the person gets from the diet, leaving that person deficient in iron. Unfortunately, supplementing iron makes these bacteria grow stronger and does not remedy anaemia. “…
“it takes more to remedy anaemia than supplementing iron. To have healthy blood the body needs magnesium, copper, manganese, iodine, zinc, and many other minerals, a whole host of vitamins: B1, B2, B3, B6, B12, C, A, D, folic acid, pantothenic acid and many amino acids. It has been shown in a large number of studies all over the world, that just supplementing iron does not do much for anaemia. It saddens me to see that doctors still prescribe it to anaemic patients giving them a lot of unpleasant digestive side effects due to encouraging growth of pathogenic iron-loving bacteria and direct negative effect on the cells of the gut lining, which are already inflamed and very sensitive in GAPS patients”.

So a profound change in the nutritional habits has to be established in order to heal the gut flora and remove the iron loving bacteria. Supplementing iron is not the solution. The GAPS treatment is one possible approach, but there are many others, and it depends on every person. A deep study of the health condition and dietary habits has to be made in order to decide which is the best treatment.